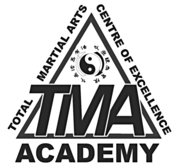 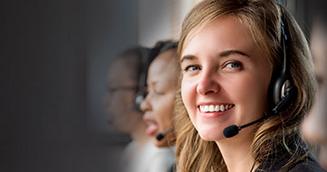 Last month I discussed how I was introduced to the amazing World of the Filipino martial arts, my introduction into Kick Boxing and the most distinguished art of fighting - Muay Thai.

Since I’ve submitted last month’s ‘Learning Curves - Part four’; two of my students Daniel Haywood and Mark Parrins fought on a Muay Thai show. Mark Parrins won the I.S.K.A Midlands title and an ex-student Germaine Yep from my University of Warwick Thai Boxing class won the Malaysia’s Women Championship title, fighting from Kambiz Warriors Gym on the ‘Kuala Lumpur Muay Thai Challenge’ in Malaysia. Sherre Halliday a friend of ours won the I.S.K.A World title after training eleven years in Muay Thai – an interview with these remarkable young ladies is to follow soon!

As I was about halfway through writing this month’s column, a facebook status about Kali caught my eye and it read;

It’s something I would agree with but isn’t it odd how something that’s been so obvious and yet never really been acknowledged until someone points it out.

There are also a few Kali/Eskrima/Arnis based movies out there now, ‘The Friendly Blade’, ‘The Filipino Martial Arts’ and a TV show ‘God Rewards The Fearless’ still in their early stages but something to look forward too!

Now… are the Filipino martial arts the ‘next Big thing’ in the martial arts world? If so then we are at the dawn of the Kali annexation!

Time will tell but I think it will be a refreshing change of direction for where the martial arts is heading. Martial science and martial morality have been neglected in the age of Mixed Martial Arts and cage fighting. Kali a martial science “every three sounds one man is down” and also champions the morality issue.

Hopefully “Kali (FMA) is the next big thing just as the mixed martial arts have brought the martial sport (MMA and others) into the main stream. Kali could do the same for martial science along with the moral teachings of the martial masters and complete the picture.

“A master of the art must be a master of himself. He must be in control. His daily life epitomizes a man in control of his life, his destiny.” – Edger Sulite

Martial arts in the present climate are viewed as MMA (Mixed Martial Arts) by the general public, a martial sports at best and at worst an ego inflating activity for the self-proclaimed hard men.

MMA is a great martial sport in the hands of its cream of the crop and has evolved into the fastest growing sport in the world, which has taken martial arts into the main stream – thanks to the UFC and other similar promotions. The athletic conditioning and the skill of the MMA fighter has pushed the standard of the martial arts to a new level.

We know the martial arts have changed dramatically from the days of watching Bruce Lee in Enter the Dragon. It’s been said often enough that Lee was a hundred years ahead of time, so I don’t think the modern martial arts have exceeded his contribution, his research and his teachings!

As mentioned last month someone recently made an inquiry at our academy. The man asked, “which martial arts would be best for me?”  My response “there isn’t one!” This may be a little harsh but what may have been right for him yesterday isn’t necessarily right for him today and probably won’t be right for him tomorrow.

“I have realized that the past and future are real illusions and that they exist in the present, which is what there is and all there is”. - Alan Watts

To me for the moment anyway the truth is a little like the flow of the waters of our plant and events of our life. Flowing with the flow is the key to surviving the unpredictable energies and directions of the flow. If at any time there is conflict with the flow of energy (or water), the flow has continued to flow but adapts accordingly around the obstruction. Whether; that is going over, under or straight through the opposition into nothingness.

“Be water my friend” – Bruce Lee

When I first began my training in the martial arts I needed to know how to look after myself, as I was a small, very quiet and shy individual. Just like most other individuals probably did in the same position I too had taken up martial arts to make bullying a thing of the past. Besides learning some challenging moves from my martial arts classes, I built myself physically stronger by lifting weights and brought my fitness to another level.

While still at school (around 1976) I saw a copy of Muscle and Fitness magazine with Mike Mentzer on the cover in one of the newsagents. I had never seen anyone with that much muscle, so I ended up buying a copy and reading through it a little and the pictures said more than a thousand words. I began to wonder how Bruce Lee and Muhammad Ali would do against these guys. I continued to buy the magazine for a few years and increased my knowledge about weight – training. Every field have their personalities and body building was no different so I got to know who’s who from the pages of the magazine. The body building celebrities of retro had their specialities; Mohamed Makkawy had an amazingly chiselled mid-section (abdominal), Mike Minzter (known for his forearms), Tom Platz (legs), and the list goes on!

I had collected the articles and the routines written by of all the big names, and then I used the information to make my own routines up. - “Your success is written in your daily routines”

I was training with the weights two to four times per week and Bruce Lee was the main inspiration behind it all, although I greatly admired Arnold Schwarzenegger, Lou Ferringo, Robby Robinsons, Franco Colambo, etc. and these men are the Legends of their sport. I think from the body building world Frank Zane come closest to the Bruce Lee type physique, I have read that Bruce Lee had the biggest forearms in the world in relation to his own physique, no wonder he could whiplash an opponent’s neck, when preforming a lop sau da (Pull and punch).

I have been involved in ‘weight training’ from a very young age while I was still living in India, I was about ten years of age in the 1970’s when the local Sikh temple had bought a set of weights for the community. It consisted of a Barbell with some loss plates, minus the safety collars as I remember the plates continuously sliding of the ends off the unbalanced bar, every time someone tried to out do themselves. The dumbbells were great something from the days of Eugen Sandow (early 1900’s), we played around with the dumbbells and it was all out door. At times an adult would give us a go at lifting the bar bell without the plates as we weren’t old enough or strong enough to lift any more.

In Coventry aged thirteen years my School had a small weights room so we got to do weights in most PE sessions instead of the normal games, i.e. football, tennis, Cricket, Badminton, etc.

A friend from school had bought a Charles Atlas course (‘let know man kick sand in your face’), it was full of isometric exercises and he allowed me to borrow it for a while.

I had randomly walked past the Odeon cinema with a group of friends and found ‘Pumping Iron & Stay Hungry’ was playing. I convinced my friends we just had to see this movie as it was about strong men. I was surprised to see only about five other people were in the cinema. It wasn’t until Arnold Schwarzenegger appeared in ‘Conan the Barbarian’ and Lou Ferrigno did ‘The Incredible Hulk’ for television, that kick started the multi-billion pound fitness industry.

Similar to what Bruce Lee and David Carradine did with Kung Fu just a few years earlier, minus the billion pound martial arts industry…I’ll leave you to think about that. 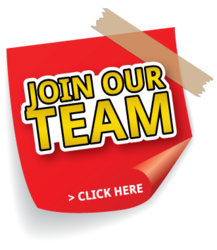